If I had to pick an all-time favourite vegetable, pumpkins would easily win, so when I heard about the annual Collector pumpkin festival I had to pay a visit and boy it did not disappoint. There was pumpkin soup, pumpkin pies, pumpkin scones, pumpkin cheesecake and even a pumpkin meed which tasted a lot better than it sounds. Yup that’s a picture of me being over-excited by the crazy large pumpkins. You would think after all that I would have had a pumpkin overload but instead I went home and decided to look up more pumpkin recipes. I really am obsessed. Anyway that brings us to today’s post, my attempt at making pumpkin lasagna.

To be honest with you I am not a big fan of traditional lasagna, despite being a cheese addict I am not really a fan of bechamel sauce, but this version ski[s the sauce and its replaced with lots and lots of cheese! that’s my kinda of lasagna!

I found the recipe from the always faithful taste.com. As I was making this on a week night and I could not be bothered to cut up a pumpkin after work I bought two bags of pre-cut pumpkin from the supermarket which meant I used 1kg rather than 1.2 kgs as the recipe suggests. I also didn’t cover the pumpkin in foil.

Once the pumpkin was cooked I decided not to puree it because I was worried the lasagna would end up tasting like baby food, rather after I added the spices I just lightly mashed the pumpkin: 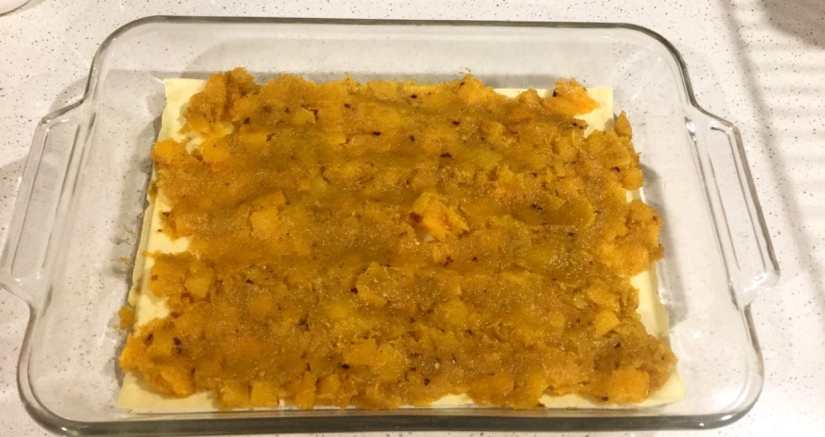 I was super impressed with how tasty this was, the addition of chilli flakes were perfect, it wasn’t too spicy but just had lots of flavour, 100% recommend 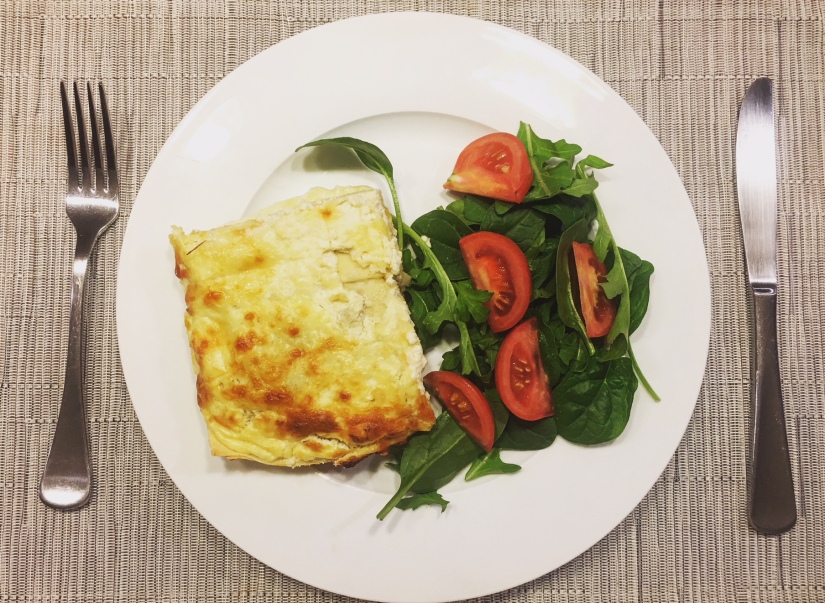 View all posts by mykitchensokay